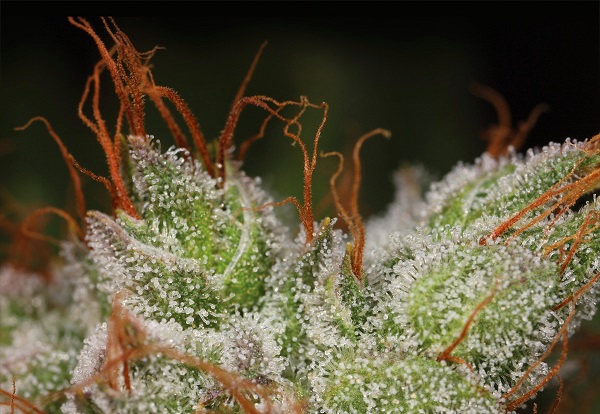 Since the inception of cannabis research, Δ9-tetrahydrocannabinol (THC) has been the most frequently researched cannabinoid in cannabis science. Although, currently it is the cannabidiol (CBD) that has gained the spotlight due to its ability to provide therapeutic relief to children ailing from various epileptic disorders, without the psychotropic effects (i.e. high) of THC.

It is not difficult to perceive CBD and THC as being in competition. However, the reality is that both cannabinoids, in addition to as many as 66 other cannabinoids, play vital roles in providing the medicinal benefits linked with cannabis therapy. They operate in unison with approximately 420 additional compounds (terpenes, flavonoids, etc.) to give cannabis its versatility in remedying a host of medical ailments.

We intake all of these compounds when treating our bodies with cannabis. The underlying question is how do all these compounds interact with one another to supplment therapeutic relief? The answer lies in a concept known as the Entourage Effect.

Intially described in 1998 by Israeli scientists Shimon Ben-Shabat and Raphael Mechoulam, the fundamental concept of the entourage effect is that cannabinoids within the cannabis plant work in unison, or yield synergy, and affect the body in a manner similar to the body’s own endocannabinoid system. “This theory serves as the foundation for a relatively controversial idea within pharmacology community, that in certain cases whole plant extractions serve as better therapeutic agents than individual cannabinoid extractions. The entourage effect theory has been expanded in recent times by Wagner and Ulrich-Merzenich, who define the four basic mechanisms of whole plant extract synergy as follows:

Many studies have demonstrated the effectiveness of cannabis as a therapeutic agent for muscle spasms associated with multiple sclerosis. A study conducted by Wilkinson and colleagues determined that whole-plant extracts were more effective than THC alone.

Researchers compared 1mg THC vs. 5mg/kg cannabis extract with the equivalent amount of THC, and found the whole plant extract to have significantly more antispastic effect. The researchers attributed this result to the presence of cannabidiol (CBD) within the cannabis extract, which helps to facilitate the activity of the body’s endocannabinoid system.”

The entourage effect can also afford to improve the body’s reception of cannabis. Cannabinoids are chemically polar compounds, which makes them at times makes them difficult for the body to absorb in isolation.

“With the assistance of terpenoids like caryophyllene, absorption of cannabinoids can be increased.”

Absorption of topicals provides a prototypical example of this problem. The skin is made up of two layers, also known as a bi-layer, which makes it difficult for for very polar molecules like water and cannabioids to pass through.

With the assistance of terpenoids like caryophyllene, absorption of cannabinoids can be increased and therapeutic benefits achieved.

The entourage effect also accounts for cannabis extracts to be effective in treating various bacterial infections. There are a number of studies which show the antibacterial properties of cannabinoids.

However, bacteria develop defense mechanisms over time to combat the effects of antibiotics ultimately allowing them to become resistant to therapies which were previously effective. Thus, it is beneficial that whole-plant cannabis extracts have non-cannabinoid constituents that also have antibacterial properties. These molecules attack bacteria through pathways which differ from cannabinoid pathways. Given the attack on multiple fronts, the development of bacterial resistance is limited.

Many patients have heard about (or experienced) the increased anxiety and paranoia sometimes associated with cannabis consumption. Thanks to the entourage effect, research has shown that CBD can be effective in minimizing the anxiety associated with THC, lowering users’ feelings of paranoia.

As you can see, THC, CBD, and the remaining cannabinoids don’t have to compete with one another – they can work in tandem alongside the other components of cannabis extracts to provide therapeutic relief for a wide variety of ailments.