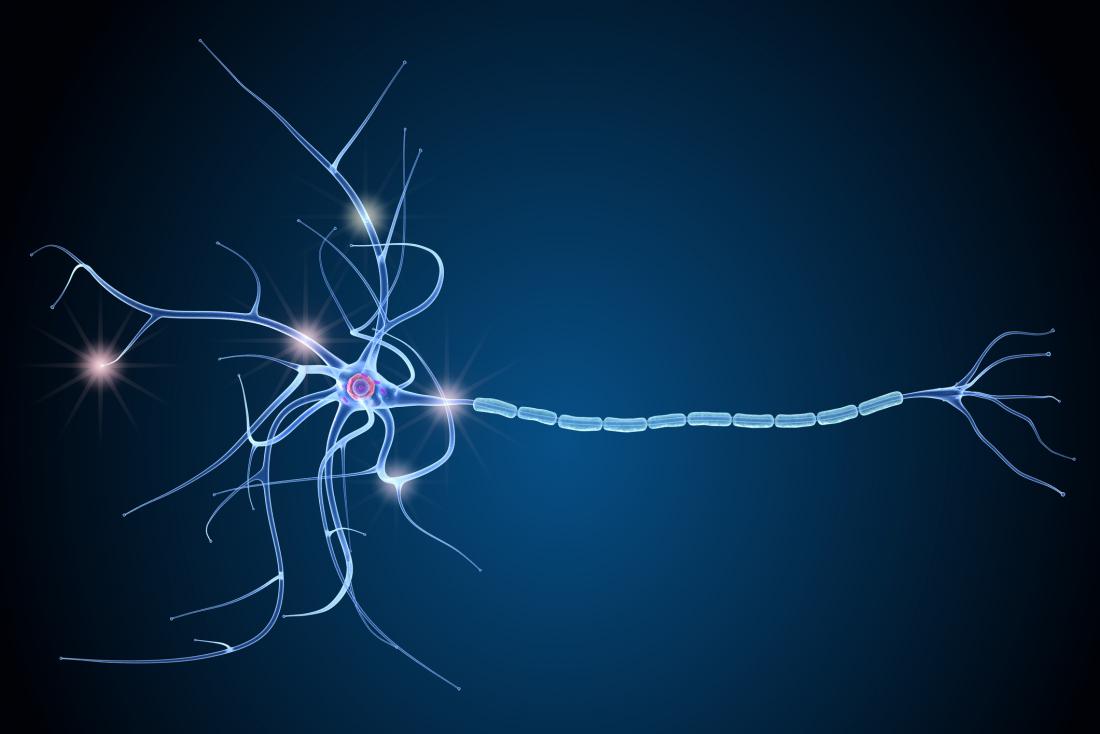 Before we can begin to explore the ways that cannabis can treat symptoms of MS, it’s important to understand what Multiple Sclerosis is and the chemicals in cannabis that make it such an effective treatment for MS. For patients suffering with MS what happens is their immune system begins to attack their central nervous system. This allows white blood cells to enter and degrade the neuron’s myelin sheath which begin the process of neuron degradation. Without the protective myelin sheath, the impulses being sent along neural pathways begin to “short circuit” in a way that leads to unpleasant and painful sensations like muscle spasms and tremors. Working with these electrical impulses are the neurons which communicate with each other using neurotransmitters. When a person uses cannabis, they are activating a unique type of neurotransmitter known as an endocannabinoid. These are really interesting because they regulate and limit how neurons transmit signals to other neurons. These endocannabinoids play a very important role in regulating the body’s immune system and how it functions and are specifically able to slow down the flow of information between neurons to stop the tremors or spasms in patients suffering from MS.

How does medical cannabis treat the symptoms of Multiple Sclerosis?

1. The chemical cannabinoids in medical cannabis relieve inflammation. Due to the heightened state that the immune system of MS patients is always working under, one of the biggest problems is the inflammation that is in the brain. Not only can this inflammation lead to worsening symptoms, but it also can lead to further degeneration of neurons. These cannabinoids, such as THC and CBD, are well-known for their powerful anti-inflammatory properties which can help to regulate the immune system and relieve pain.

2. Cannabinoids can improve muscle control. At some point, nearly all MS patients have to deal with spasticity, tremors, and loss of muscle control. These involuntary contractions can range from mild tightening of the joints to painful and at times even uncontrollable sensations of cramping. Recent studies have shown that cannabinoids can effectively control the tone of the muscles. This leads to a reduction in the frequency of spasticity and tremors and can even help to regain bladder control.

3. Cannabinoids are powerful pain relievers. Using medical marijuana as a treatment for pain is very well known. Just as patients suffering from cancer, Crohn’s, and other painful illnesses benefit from the analgesic properties of cannabis, so can patients dealing with MS pain. This is because cannabinoids work to control the glycine receptors. These receptors play a vital part in regulating how pain receptors send signals to both the brain and the spinal cord. Another added benefit of medical cannabis is that unlike with pharmaceutical medications, chemical tolerances aren’t formed with the dosage needing to be constantly increased. Also, medical cannabis when orally ingested- as in the form ofedibles, full extract oils, or as a tincture – is not addictive and does not have unpleasant side effects when taken at a responsible dosage.

4. Medical cannabis uplifts your mood. According to recent studies, approximately 30% of MS patients suffer from depression with a further 22% dealing with symptoms of anxiety. Many medical researchers now believe that the main cause of these links between MS and mood disorders is inflammation. As previously noted, cannabinoids are a very strong defense against inflammation. Not only can medical cannabis be effective towards alleviating the causes of depression and anxiety, it can also be very useful in helping patients to mentally as well as physicallyunwind and obtain restorative sleep.

5. Cannabinoids protect neurons and create new ones. Medical cannabis researchers have shown in multiple studies that not only are cannabinoids efficient at protecting neurons, but these same chemical compounds also are showing that they can induce neurogenesis- that is, the process of creating new neural cells.

All things considered, the benefits of medical cannabis have transitioned from being something mostly anecdotal and not researched to a rising star on the forefront of medical research. For patients dealing with Multiple Sclerosis this is wonderful news as cannabinoids have shown to not only alleviate the negative symptoms associated with MS but to also protect and in some cases even reverse the damage to the nerves. These have been 5 ways that the cannabinoids in cannabis had been shown to be useful in treating MS thus far and perhaps with further research scientists can continue to find additional medical benefits and hopefully someday even a cure.